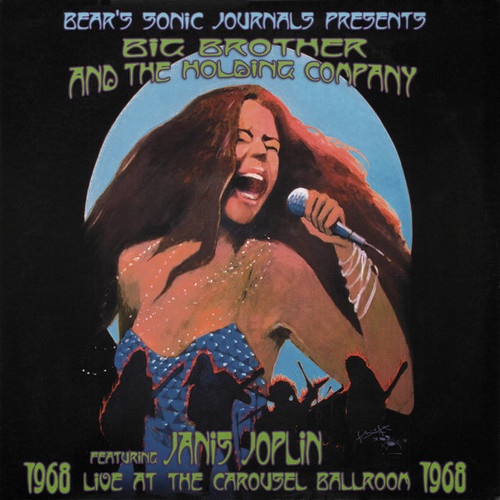 Amazing 1968 live double vinyl LP that may be the best live capture of Janis that has been hailed as the definitive Big Brother live album of all time.  This is the 2012 deluxe reissue of the original 1972 release. Heavyweight vinyl is like new as is gate-fold cover that is loaded with great background text on Janis the era from which she embraced her fiery star at its brightest.  Fourteen tracks, including a 6:39 minute rendition of I Need A Man to Love. Great collectible for the Janis fan.